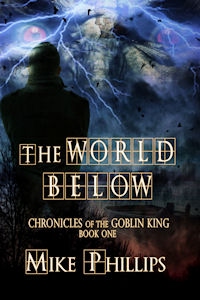 In ancient times, magical creatures inhabited the earth. They lived on mountaintops, in trees, at  the bottom of lakes and rivers. But that was long ago, before the human race declared war on the creatures they feared and hated. Now the enchanted peoples are all but gone. Those few that remain fear being stretched out on an examination table in some secret, governmental facility.
The only place they can hide from the ever increasing number of satellites and smart phones is in the World Below.  Mitch Hardy is going through a hard time in his life. In his early twenties, he was working his way through college when he suffered an accident that left him flat broke and physically deformed. When Mitch decides to make a fresh start in a new town, things start looking up. He finds a place to live, a decent job, good friends. He even meets a nice girl. Unknown to Mitch, his new girlfriend is one of the Elder Race, what some call the Faerie Folk. Mitch doesn’t know that Elizabeth is looking for a father she never knew. The key to finding him is somehow tied up with the mysterious Blade of Caro. Desperate, she steals the Blade from its protector, the despotic ruler of the World Below, the Dragon of Worms, Baron Finkbeiner. When Elizabeth is kidnapped by the Baron, Mitch is pulled into a world or magic and monsters he never imagined. 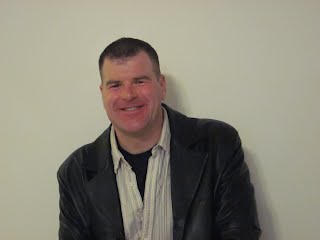 Author Bio:
Mike Phillips is author of The World Below and Reign of the Nightmare Prince. His short stories have appeared in ParAbnormal Digest, Cemetery Moon, Sinister Tales, Beyond Centauri, the World of Myth, Mystic Signals and many others. Online, his work has appeared in Lorelei Signal, Kzine, Bewildering Stories, Midnight Times, and Fringe. He is best known for his Crow Witch and Patrick Donegal series.
Website: mikephillipsfantasy.com


Why book covers are so important.

There’s this saying, ‘Don’t judge a book by its cover,’ but let’s face it, it happens. When searching for a book the first thing someone is going to notice is the cover. The cover can then draw that person into reading the synopsis. If the synopsis and the cover draw the reader in, they could possibly buy it or put it on their to-be-read list.
My own personal experience with a cover design came with Uniquely Unwelcome. The first edition cover was a hand drawing of a girl looking up at an eagle. While it was a nice drawing, it just wasn’t up to par with other Fantasy covers. It became very apparent to me, especially after a few readers recommended that I change the cover, that a change was indeed needed.
Why did I decide to use a hand drawing? Well it was kind of a dream of mine. My husband is a great artist. He’s also my support system. Whenever I’m frustrated, stuck on an idea, or just at a complete loss, he’s there. I wanted to pay some tribute to his support and so I thought I would have him do my first cover. From there, I would go with the “traditional covers” but for my first publication I wanted to incorporate him in some way.
My lesson from that, sometimes we have to let go of the smaller dreams/goals to reach the bigger ones. I felt guilty I guess you could say when I told him I thought it was best if we changed the cover. Being a great supporter like he is, he agreed. He was honored that I had tried and that I had even used his art to begin with. So together we picked out the cover for Uniquely Unwelcome and then again with Blood Burdens.
So yes, books are judged by their covers. I’m not saying that every person does this, but most probably do. I’m happy with the new cover for Uniquely Unwelcome and have a paperback edition of both the first edition with my husband’s cover design and the newer edition so I at least have a small token of my little dream.