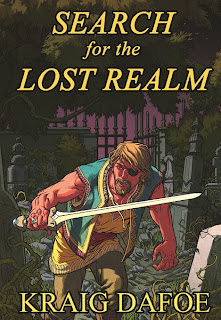 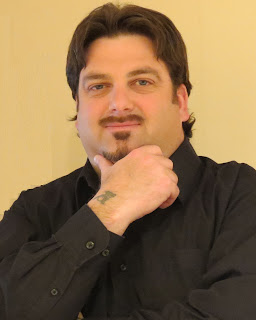 Kraig Dafoe was born in Potsdam, New York and grew up in Canton. He played high school football and joined the United States Army Reserves at the age of seventeen.
Kraig married at the age of nineteen and moved to Virginia Beach, Virginia where he worked as a Private Security officer for The Christian Broadcasting Network and also attended the Tidewater Community College for business.
After five years as a security officer, he became a Deputy Sheriff for the city of Chesapeake Virginia.
Kraig left the Sheriff’s office after nine years of service and pursued a couple of different business opportunities before he went on to publishing his debut novel.
Kraig is the father of five children and he currently resides in Kansas, raising his youngest son.

His latest book is the fantasy/adventure, Search for the Last Realm.

Search for the Lost Realm is an epic journey in which a young man named Varan wants to find a power which has been missing from the world of Kantania for thousands of years.
Varan sets out but soon discovers his true mission is to save the worlds creator from a spiritual bond placed upon him by the powerful demon, Eldrok.
From demons to dragons and sorcerers to soldiers, battles erupt and Varan must hurry or the world could be lost to darkness forever.
This story does not consist of action alone as Varan faces dilemmas of the heart, struggles of the flesh and complex issues of the mind.

In 1984 Nightmare on Elm street was released. I was never one for horror films so I didn’t watch it but I knew of the main character. The following year in high school English we were given the assignment to write a short story and the following is my work at the age of 15.

Every morning without exception and without so much as reflecting upon it, Martin takes the self-service elevator to the fourteenth floor, where he works. He will do so today. When he first arrives, however, he finds the lobby empty, the old building still possessed of it’s fainting shadows and silences, desolate though mutely expectant, and wonders if today it might not turn out differently.
It is 7:30 am: Martin is early and therefor has the elevator entirely to himself. He steps inside this tight cell! He thinks with a kind of unsettling shock, and confronts the panel of numbered buttons. One to fourteen, plus “B” for basement. Impulsively, he presses the “B”, seven years and yet to visit the basement! He snorts at his timidity…
On his arrival of the basement Martin is excited because of the adventure. The “B” lights up and the doors open. Martin looks out into what seems to be total darkness at first but then his eyes focus enough to make out shapes. As he stepped out of the elevator into the basement, his heart was pounding. He looked down a long hallway to see a light in what seemed to be a big room.
Martin walked down the hallway almost creeping for the fear someone might hear him. When he got to the room, he saw four humongous heating barrels or furnaces. There was no one in sight but he heard a noise coming from one of the furnaces. It seemed to be calling him. Martin walked over to the heating cavern, his heart pounding fiercely and his hands were trembling so much he didn’t think he would be able to open the door to the big heater.
Suddenly he yanked the door open. There was nothing there. But wait. Off one of the lights he saw something shining. He started to get worried remembering the name of the insurance company he was working for. Krugers insurance.
Martin slowly reached inside and grabbed the shiny object. And now to this day Martin, even though he makes good money will always be twenty five cents richer.

I will reiterate that I wrote this at the age of fifteen. What did I know about writing? Nothing. I would like to think as there years have passed, that my writing has gotten substantially better. I would suspect that as the years go on it would continue to become better exponentially.
I can’t look back at this work with disappointment for it garnered me a B and that was a good grade for me in high school. I think if this work shows anything, it may give you an idea as to how my thought process works. 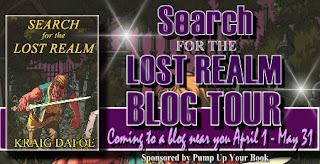