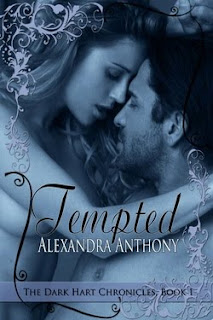 When personal assistant Savannah Wood lands a dream job with up and coming
rock star Nick Hart, it seems too good to be true. He's devastatingly handsome,
reserved and charming...but he has a secret he's determined to keep.

Their attraction to one another is immediate and Savannah is determined to keep a
professional relationship between them. She's been burned before and has no desire
to reopen old wounds.

The lines between professional and personal begin to blur when Savannah finds
out Nick's secret: he's a century old vampire with a painful past. He's also hesitant
to open himself up to her, yet they find their temptation to one another is stronger
than either can resist.

The paparazzi, a string of murders and cryptic, ominous letters threaten their
budding relationship. Will their attraction and love be enough to keep them
together…or will it tear them apart?
Virtual Book Tour - May 7 - May 21 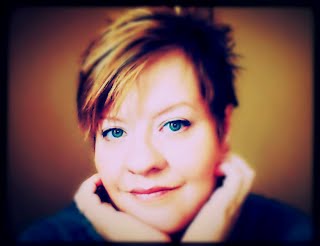 
How do I keep my writing different?

I write two series with two very different sets of characters, so making sure that I keep my writing different is one of the things that I struggle with frequently. Not only do I have the two series, but each series has an extensive group of secondary characters, all with different personalities and body language quirks. I would say that writing for so many “people” keeps me on my toes and helps me keep my writing different.

In The Vampire Destiny Series, the entire concept is one of fated love and destiny. The two main characters, Stefan and Josephine are fated to be together, so their love and attraction is immediate and strong. Once might compare it to two long-lost loves that meet after a long separation. They know they’re supposed to be together and they simply pick up where they left off. They have hurdles and conflicts to overcome, but they are soul mates.

In The Dark Hart Chronicles, the concept is much different. We have a flawed, damaged vampire in Nick that had a difficult human life…and a nightmarish beginning as a vampire. He wants to love Savannah, but he doesn’t know if he deserves her love. And Savannah…she is afraid of relationships. She’s been burned before and doesn’t want to get hurt again. It’s a connection of two lost souls that find each other and learn to love each other-flaws and all.

Writing the two very different series was a challenge. I didn’t want Nick to be Stefan 2.0. They each had to have very different ways of handling things and two very different personalities. While Stefan can be arrogantly cocky, Nick is charming and a tad insecure. He tends to get tongue-tied around Savannah when they meet and I found it funny for him to stick his foot in his mouth a few times.

The easiest way for me to keep my writing different is excessive character note taking. It’s much easier to keep a notebook with my characters information handy. It’s saved me in many situations!