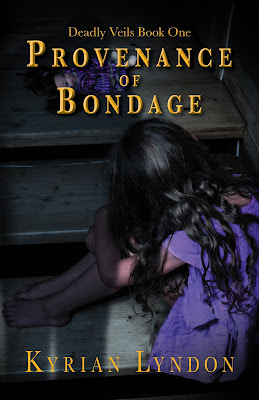 Sixteen-year-old Danielle DeCorso watches in fear for two men in a dusty black sedan who keep circling the house and harassing her with phone calls.The old house in Glastonbury was an eerie place to grow up. Danielle would lie in her bed at night, listening to the sounds of darkness. But those predators in the black sedan—they had drugged her, along with her cousin, Angie, and held them captive in their home for hours.Angie will not share her truth of that horrendous day, and Danielle's credibility is in question. Danielle remains guarded, obsessed, and withdrawn in her now tumultuous world. She finds herself in a position of needing to sort out her confusion while dealing with her troubled family. She craves normalcy in an ongoing fight for her sanity. Grief and guilt spiral her to an even darker place until startling revelations awaken her newfound spirit, inspiring a once naive girl to grow into a woman of defiance and courage.

IN THE DIMMEST LIGHT

I wake up at four a.m. every day, including weekends and holidays, and write for hours. It starts with nothing more than a 40-watt amber-shade lamp lit in the darkest hours, where I can see the moon outside my window. The focus is intense. It is light before long.

Creating characters and the worlds they live in began as a childhood obsession. I wrote down names then added descriptions, developing their stories by continuing to add details. I had no idea why I did this at the time. My parents worried for a while. They relaxed a bit as I went on to write fairy tales and poems. When I wrote my first novel at 16, I used parts of those descriptions.

I held many jobs since then – secretary, assistant book manufacturing representative, assistant to the casting director, computer system administrator, and paralegal/legal assistant. One summer, I was shooting photos for a model’s portfolio. Another day I’d be chatting with musicians about putting a band together. My ego was insatiable, so I was all over the place, wanting to do everything. I told myself, all I want to do is write while being sidetracked at every turn.

Life went on, rife with challenges, full of adventures. I roamed the darkest corners to learn about the world and myself. Setbacks knocked me down. I would get up eventually and find my way again.

More and more so, I began telling my story in the novels I wrote. I became so immersed in the reality of it, I would not steer off its course long enough to let my imagination truly come alive. I started over several times until I realized I didn’t sign on for this to tell my story. A storyteller can tell any story she wants, and so I was back on track.

To be fair, I learned about the book publishing process working in publishing. I chased down literary agents, got a press kit, and formed a writer’s club. I continued to educate myself about writing. I subscribed to the relevant publications. I contributed to an anthology, had letters published. There were assignments and proposals I turned down wanting to be true to myself and the integrity of my work. I was devoted to mastering my craft.

I realize, too, I’d been busy healing. It was necessary for me to find the courage to free myself of belief systems that kept me in bondage. Until we fully heal, we remain in bondage to something or another and prone to all kinds of obsession. Disentangling from all that is a painful process and a lot of work but well worth it. Past turmoil is the baggage we can carry forever or make lighter and less cumbersome by checking it.

Perhaps it’s different for everyone, but the process is the same. It is discovering what you do not want nor want to be; who or what impedes you; who and what strengthens you. Learning to trust your instincts is essential. If I couldn’t do that as a human being, I surely could not do it as a writer.

In the healing process, I got a much-needed downsizing of ego. I went from “needing” attention to shying away from it with a reluctance to put myself out there. I am a firm believer that when it comes to extremes, neither extreme is right. It had to be somewhere in the middle. It’s been all about balance for me.

Becoming a parent along the way helped. It is a rare and unconditional love, and love of that magnitude motivates you to be the best person you can ever hope to be. It lifts you out of victimhood and allows you to live as the empowered hero in your own heart and to set the example.

Today I feel the greatest gift I have to give anyone is a true and genuine heart. That means questioning my intentions and, if necessary, correcting my steps.

Now, with a clear view of the story I want to tell, I’ve been busy incorporating my past novels into a series that could be six to eight books and possibly more. I have outlined and drafted the series and am in the process of finalizing.

I’m grateful to have a passion, something I love to do, and get to spend time doing every day – a joy that saves me, always. 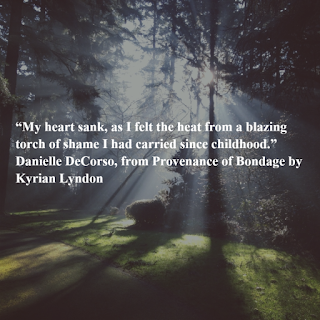 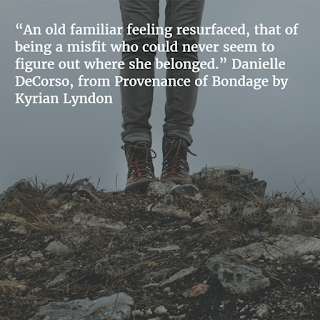 About the Author
Kyrian Lyndon is the author of Provenance of Bondage, the first book in her Deadly Veils series. She has also published two poetry collections, A Dark Rose Blooms, andRemnants of Severed Chains. Kyrian began writing short stories and fairy tales when she was just eight years old. In her adolescence, she moved on to poetry. At sixteen, while working as an editor for her high school newspaper, she wrote her first novel, and then completed two more novels at the ages of nineteen and twenty-five.

Born and raised in Woodside, Queens, New York, Kyrian was the middle of three daughters born to immigrants —her father from Campochiaro, Italy; her mother from Havana, Cuba. She has worked primarily in executive-level administrative positions with major New York publishing companies. She resides on Long Island in New York.