TLC Tours: The Color of Light 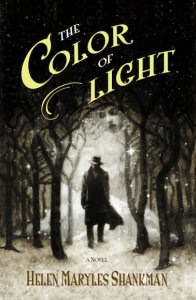 NEW YORK CITY, 1992. At the American Academy of Classical Art, popular opinion has it that the school’s handsome and mysterious founder, Raphael Sinclair, is a vampire. It is a rumor Rafe does nothing to dispel.

Scholarship student Tessa Moss has long dreamed of the chance to study at Rafe’s Academy. But she is floundering amidst the ups and downs of a relationship with egotistical art star Lucian Swain.
Then, one of Tessa’s sketches catches Rafe’s attention: a drawing of a young woman in 1930s clothing who is covering the eyes of a child. The suitcase at her feet says Wizotsky. Sofia Wizotsky, the love of Rafe’s life, was lost during the Holocaust.

Or was she? Rafe suspects Tessa may be the key to discovering what really happened.
As Rafe finds excuses to interact with Tessa, they cannot deny their growing attraction to one another. It is an attraction forbidden by the Academy Board and disapproved of by anyone familiar with Rafe’s playboy reputation and Tessa’s softhearted innocence.

But Tessa senses the truth: despite his wealth, his women, and his townhouse filled with rare and beautiful treasures, Rafe is a haunted man…for reasons that have nothing to do with the rumors they whisper about him at school.

Intensely romantic and deeply moving, The Color of Light blends fact and fantasy in an unforgettable tale of art and passion, love and war, guilt and forgiveness, spanning the New York art scene, high-fashion magazine publishing, the glittering café society of pre-World War II Paris, and the evil stalking the back roads of Nazi-occupied Europe. 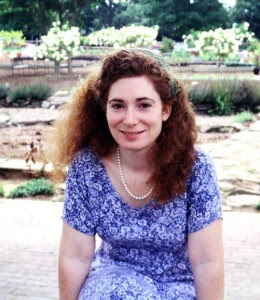 Originally, when Helen Maryles Shankman moved to New York, she thought she wanted to be an illustrator, to tell stories with paint.  A few years later, she discovered that what she really wanted to do was paint with words.
Her stories appear in The Kenyon Review, Cream City Review, Gargoyle, Grift, Danse Macabre, and JewishFiction.net. She was a finalist in Glimmer Train’s Short Story Award for New Writers and has been nominated for a Pushcart Prize.
For now she lives in New Jersey, with her husband, four kids, and a blue-eyed Australian Shepherd named Sky.
Her debut novel, The Color of Light, is coming from Stony Creek Press on Halloween, 2013.


The book has really wonderful Pinterest boards that have all kinds of fun stuff relating to THE COLOR OF LIGHT--like the settings, actors the author imagines as the various characters, and fashion and art that are mentioned in the book. The link is http://pinterest.com/hmshankman/

Geez, this book. Y'all I'm going to be completely honest here, this book had me from the start and pulled me along for the ride! It's a cliche, I know, but I could not put it down! It seriously pained me to have to DO THINGS other than read this book.

There's drama. There is mystery. There are vampires. There are HEAD STRONG AND FEROCIOUS women! There are conflicted and tormented menfolk. This book has it all and then some! And to make those few stragglers that aren't like "Wow this book sounds awesome, lemme have it!" THERE IS ROMANCE! Romance that is done so superbly that I cannot deny the fact that I legit swooned. This is a good thing I promise!


This book has so many delicate yet strong threads woven together to make up what can only be called a beautiful, intelligent, and romantic story. I could continue to gush, but the gist of this review is that it was amazeballs and you will enjoy iu t too. Read this book. Seriously do it soon or you will be missing out!