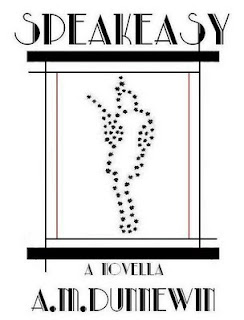 
The novella is centered on Eddie Durante, owner of a speakeasy that's supported by Eddie's mobster uncle, the boss of the Durante family. The back story is that Eddie is a young widower after his family's rival, the Caprice family, murdered his wife over a territory dispute. After devising a plan that retaliated against four of the rivaling capos, Eddie is left with the daunting task to try and move on, until a family member notifies him that the Caprices have put a hit man in the speakeasy - and Eddie's name is on the list. But things take an unexpected turn when Eddie and his close friends start to find the dead bodies of Eddie’s relatives, the ones who had helped in the retaliation.

Behind the backdrop of the jazz music and glistening flappers, murder after murder begins to unravel as revenge takes center stage, and Eddie soon learns that some secrets can’t be taken to the grave. 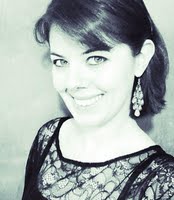 A. M. Dunnewin inherited her love for mysteries and thrillers from her family, which helped her pursue a BA in Psychology with a minor in Criminal Justice. Although her stories cover a wide range of genres, she primarily writes historical fiction and thrillers. An avid reader at heart, she's also a passionate collector of both antique books and graphic novels. She lives in Sacramento, California.

This was a short but twisted tale of  love, lies, and deceit of the worst kind, all set against the backdrop of the roaring 20s. The story is told and the reader is given the facts piece by piece, but since this is a novella it doesn't take long before the full picture develops.

The characters are intriguing and well developed even with the short time we know them. I LOVED the flip flop of one character's story. First you feel bad for him, and then later you realize you don't anymore. That was a twist and then the ending was a double twist I honestly never saw coming!