This is my stop during the blog tour for Hold Me Captive …Forever by P.G. Van. This blog tour is organized by Lola's Blog Tours. The blog tour runs from 26 June till 9 July. See the tour schedule here 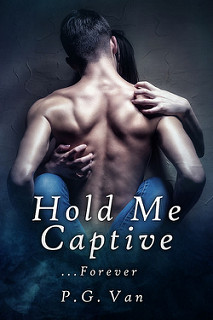 Blurb:
Emily wakes up in an unknown place without any memory of how she got there. She was supposed to be on her way to a retreat for two weeks after her boss declares she needs it with her latest flare-ups at work. She forces herself to take the time away from her stressful life in spite of the objection from her friends. The last thing she remembers is being at her high school reunion, and the pain that grips her heart when the guy who broke her heart ten years ago shows up looking annoyingly tempting.

Evan didn’t expect her to almost claw his face off at the reunion, but he was surprised at the way Emily reacts to his presence. He asks himself if he cared enough about his high school sweetheart to find out why she had turned into an angry person.

Follow Emily’s journey as she follows her heart to find the person she wants to be held captive by… forever.

She woke up to the steady and gentle thumping on her cheek. Her body was swaddled in the warmth that felt like heaven, and she took a deep breath lazily opening her lids without moving an inch. It took her a moment to realize she was sprawled on Evan, her leg stretched over his thighs, her arm on his bare chest, and his strong arm possessively held her to him.
She felt the heat creep to her cheeks as she became more aware of his tight body that seemed to be glued to hers; rather, she was glued to him. Her initial reaction was to move away before he woke up, but she convinced herself that she would wake him up if she moved.
She partially laid over him, her every muscle drinking in the heat from his tight body. Her palm moved ever so gently over his smooth skin feeling the dips and peaks.
He winced in his sleep, and she froze and shut her eyes pretending to be asleep. She felt his arm tightening around her as he planted a kiss on the top of her head, and she moved like she was moving in her sleep gripping him tighter and scooting closer to his body.
“So much for staying on her side,” his voice was soft but light. She felt another brush of his lips in her hair before he slid off from under her.
She woke up with her head cradled in his elbow like many times in the past, and the memory only made her crave for the feeling—the feeling of being in love for the first time, her first love, his touch, and everything they had in its purest form. Her body trembled with need while her mind chastised her for wanting him in spite of her unhealed wounds.
She heard the sound of water from the bathroom and then his footsteps as he made his way back to the bed. He walked around to the other side, and a second later, she felt the mattress dip to his weight, but the warmth was way out of reach as he went back to sleep. Her body was becoming antsy, and she needed to feed on his heat. Her heart and her mind lost the battle as she twirled her body, moaning like she was deep in sleep, and stretched her legs into his back. If he thought she kicked in her sleep, she should.
“Not again,” he growled making her bite her lip to suppress her laugh. He turned around to move her legs toward the foot of the bed and pulled her into his arms, and she crashed into his body like a rag doll.
“Evan,” she growled. “What are you doing?”
“Waking you up so you stop kicking me,” he laughed lying on his back. She pulled away from him but lay next to him looking up into his gray eyes in the morning light, her head cradled in his elbow.
“Sorry,” she sounded sheepish as she fought to resolve her internal turmoil. She was surprised with the reaction her body was having to being close to him. Butterflies took off in her stomach, and her heart thudded so loud she hoped he couldn’t hear it.
He laughed pulling her closer. “Don’t beat yourself up; it’s like a back massage… a pretty bad one.”
“Whatever,” she wiggled out of his arms acting extremely casual as if she was unaffected by his touch.
She pulled the lounge pants higher on her waist and turned to look at him. “I promise to clean up by tomorrow. Can I please get my clothes? I feel like ‘Casper the friendly ghost’ in your white t-shirt.”
He laughed rolling on the bed. “We can go shopping.”
“I still can’t believe you left my bag in the rental car.”
“You were a riot, and I wasn’t thinking straight,” he snickered.
“What are you talking about?”
“Never mind. I was glad you had the night shirt in your tote.” He rolled to his side to sit up on the bed.
“Did you change me?” she blurted out.
He looked at her, his eyes slightly narrowed. “I did.”
She felt her cheeks turn crimson as she lowered her gaze, unable to look at him. He was her first and had explored every inch of her, but just the idea of his eyes on her creamy skin that molded over her beautiful curves made her wonder about his reaction.


“I need my lone undergarment to dry before we can go,” she sheepishly said.

You can find Hold Me Captive …Forever on Goodreads 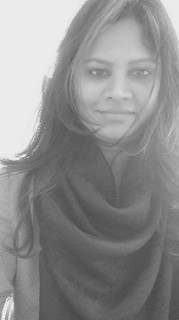 About the Author:
P. G. Van lives in San Francisco. She published her first novel of The Pure Destiny Series in October 2015 and cannot stop writing. She loves to spend time with family and is a strong believer of retail therapy (mostly shops for boots and purses!!). She enjoys giving her readers an escape to the world of love and romance.


Giveaway
There is a tour wide giveaway for the blog tour of Hold Me Captive …Forever. Five winners will each win an e-copy of The Royal Roommate by P.G. Van.

For a chance to win, enter the rafflecopter below:
a Rafflecopter giveaway