~Where the Heart Left Off by Richie Frieman~ Promo 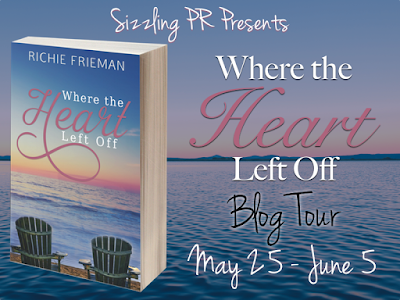 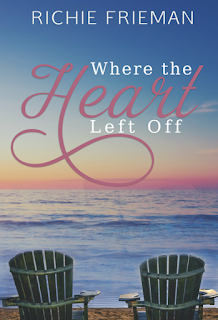 As teenagers, Albert Abraham and Ella Perlman spent countless nights cuddled under the stars in the Maryland countryside, planning their future.

But on the day Albert asked Ella’s father for her hand in marriage, Albert vanished from her life without a word. Sixty years later, they meet by chance in a grocery store, and Ella is determined not to let Albert leave her sight again.

Knowing Ella will ask why he left, Albert is unwilling to rekindle their relationship…

Meanwhile, Albert’s grandson Geoffrey forms a bond with Ella’s granddaughter Madilyn, and the two conspire to reunite their elders. At eighty-two, however, Albert is reluctant to dig up intense memories.

Worse yet, telling Ella the truth could destroy her, leaving her with even more questions than before. 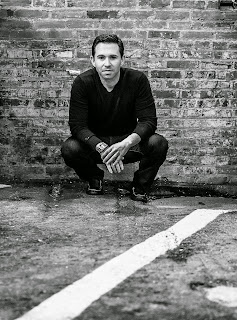 Widely considered a "Modern Day Renaissance Man", Richie Frieman is an award winning, bestselling author and illustrator. Where the Heart Left Off is his fifth published book, and his first romance novel. Frieman is known around the world for his inspirational children's series, Terple, and his manners/etiquette column and podcast, Modern Manners Guy, for Macmillan Publishing's Quick & Dirty Tips. He lives in Baltimore, Maryland, with his beautiful wife and their two amazing kids. For his extended bio, click here.

I wish I could cradle you in my arms every morning, and live in that moment forever.

Albert had written those words in a letter to Ella a week before. But in just a few days everything had changed and all he had were memories to comfort him.

He struggled to climb off his motorcycle, clutching his side as pain lanced through him. He lowered his body in the shade of an old oak tree, alongside the perimeter of Ella’s parents’ property. The tree was secluded enough that no one could see them while they made love in the fields during hot summer evenings, but close enough they could still hear her parents yell for her to come in for dinner. They’d kissed for the first time beneath that tree and carved their initials into the trunk. He ran his hands through the soft, tall grass. This was their secret meeting place, and she’d sneak outside to find Albert waiting for her once her parents had gone to sleep.

He leaned against the trunk of the tree, every breath a chore as he gingerly held his hand over his broken ribs. Despite the excruciating pain, he still managed a faint smile while gazing at her house thinking about their first time together.

He would never see her again, or make love to her again, or sit under that tree again. He focused on Ella’s bedroom window. He thought about her, now fast asleep, never knowing their dreams would be forgotten by sunrise. Soon, Albert would be far away. Everything he promised her, everything they wished for together, was over.

He reached into his jacket, wincing in pain, and took out the letter he’d written to Ella earlier that day. Blood from his side had soaked through the bandages and his shirt and seeped onto the corner of the paper.

The letter was a confession, but he knew it would never be enough. His one swollen eye made it difficult to read, and his hand, the fingers bruised and damaged, ached from what had happened earlier that day.

The beating. The warning. He wasn’t sure what was worse—the ache from his broken bones, or the throbbing of his shattered heart. His hand trembled and the paper shook. He owed it to her, an explanation—the truth.

He read it to himself for what seemed like the hundredth time, and once again wept uncontrollably on the paper. He balled it in his fists in frustration and rocked back and forth in the grass, focusing on an ant that scurried up the leg of his pants. The insect blurred in and out of his vision as he squeezed his eyes shut, his badly bruised shoulders rising and falling with every wracking sob. The pain of weeping made him grit his teeth in agony, clutching his broken body.
He couldn’t understand why this happened. And nothing hurt more than knowing he was seen as an animal—a piece of trash meant to be thrown away.

Everything he and Ella had known for the past two years dissolved like the paper in his hands. Albert couldn’t look at her house anymore. He unfolded the letter and tried to read it again, but could only make it through the first two lines.

Maybe they were right. And maybe it would be better if I left.

Before getting back on his motorcycle he picked a yellow tulip and breathed in the delicate scent. Tulips were her favorite, and the soft yellow petals reminded him of the dress she’d worn on their first date. He took one last look at the house and slipped the flower and letter into his jacket pocket.
In a few hours he would be cruising along the Delaware coast, rethinking his future. The only medicine was time, but Albert knew Ella would remain in his heart for the rest of his life. That was something time could never take away.