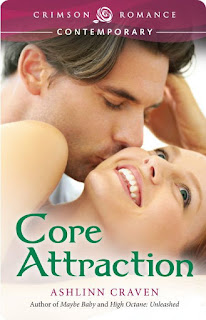 Living with her dad and single since the Ice Age, Fiona Halpin’s plan is to get a promotion, a swanky house, and a boyfriend—strictly in that order. So when Dr. Declan MacCarthy and his protest leaflets turn up outside the power plant where she handles public relations, she’s almost too busy doing damage control to notice how gorgeous he is. Almost.

Declan has returned from Japan to settle in his Irish hometown and live a meaningful life by treating his cancer patients and joining a campaign against the biggest local employer’s deadly radiation risks. But that means facing off with the fierce Fiona, who’s as protective of her company as a pack of Rottweilers.

As Fiona slowly warms to Declan and his passion for his cause, a strong compatibility and common ground develop between them. But can she let down her defenses enough to let him reach her inner core, or is their passion only heading for meltdown?

I really liked this story. The romance at first seemed a little forced, but they grew on me. The two characters of Fiona and Declan came across as very fleshed out and well written. Fiona did at times strike me as a little bit of a flighty or selfish kind of gal, but that what made her "real." I think we all have that side to us.

The plot is a little standard, but the fun and solid writing on the writer's part kept it from feeling stale. The way she writes her dialog was what made me a happy gal. I liked Fiona and Declan's banter. I liked the struggle between their two causes. They clash, but the ending made me pretty pleased.

All in all, Core Attraction is a fun, romantic, quick read that will entertain! I enjoyed it a lot! 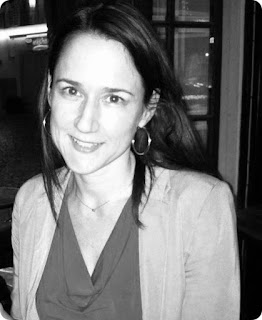 Ashlinn Craven writes about people who find love, themselves, and each other, in testing circumstances. When she’s not writing, she’s working her hi-tech job or doing her lo-tech mom routine. Currently living in Switzerland, she delights in hearing from her readers from all around the world.
Her latest book is the contemporary romance, Core Attraction (Crimson Romance).
For More Information

Ten meters into her Friday morning jog, Fiona paused at the rusty mailbox on Main Street. She held up the manila envelope and gave it a quick kiss. “For luck,” as Princess Leia would say. She stuffed it into the mailbox.
Never mind luck, I bloody deserve this. Just give me the promotion already.

Seaweed-scented mist permeated the air, seagulls cawed out their first song, and the upbeat tempo of her music blared from the earbuds dangling from her neck. She stuck them back in, having had enough of Mother Nature for one day. Her jogging route hadn’t changed in the five years she’d worked at DunCore, even if its frequency had whittled down to once a month or less. She’d gotten lazy. But now, at thirty-two, the flab-to-muscle ratio of her thighs veered toward catastrophic. Hence the jogging on a freezing January morning.

The last stretch of her route snuck beyond civilization, along a pedestrian path fringed with marsh reeds—a forlorn track the general public had chosen to forget. The twin cooling towers of DunCore loomed ahead, like massive binoculars planted lens down in the earth. Two plumes of steam conjoined and separated in a slow-moving dance. It had a certain beauty if you were open-minded enough about urban landscapes. And nuclear power.

Her eyes gravitated toward a dark speck at the top of the path about a kilometer away—unusual here at this hour of the morning. She squinted. The speck moved. Aha, something animate—not an abandoned rubbish bag, but human, a male figure, moving, bending to pick up something that looked like a bike. Didn’t he know the bike shed was at the other entrance?
She slowed to an easy jog to avoid panting stupidly when she approached him. Maybe he was a first-day employee who’d forgotten his security badge and had to go all the way back home. Well, tough, mister; you know I can’t just let you in.

Mystery man had stopped his activity—untying a cardboard box from his bike’s carrier—and had straightened to full height. Tall, definitely unfamiliar, and far too good-looking to be standing anywhere within a five-mile radius of DunCore.

Fiona edged closer, curiosity tripping over itself in her brain. His faded black jeans and unfashionable fleece jacket didn’t detract much from the overall impression that remained, on closer examination, something along the lines of wow. Who hired this guy, and which department did he work for? He wiped a dark curl off his forehead with the bend of his wrist, a useless gesture in the steady breeze. She waited for him to say something, because her first words after jogging were sure to come out croaking.

“Hey.” His frown softened to an expression suggestive of a smile he hadn’t quite committed to yet. “Good on you for showing up.”

Fiona glanced around. Was he talking to someone else? But who then? Her head darted back to stare at him. His tone casually continued a conversation they’d never started.

“Didn’t think anyone’d actually jog it out here though,” he continued. “You know, I’d have given you a lift if you’d pinged me beforehand.” He jerked his head toward his old racer bike lying in the reeds, looking like it had been rotting there for years. The climate tended to have that effect on inanimate objects.

She tried to un-widen her eyes and play along with this strange employee’s game. Not the smartest of moves on his behalf, but she’d give him the benefit of the doubt, seeing as he was so good-looking and all. His complexion was local—pale and freckled, no-nonsense blue eyes—but unlike your average Irishman, he looked seriously lean under those winter clothes. He sounded local, too, but the accent waned on some vowels as though he’d been abroad or had endured elocution lessons at school. His arms were smeared in something one hoped was engine grease, but he had manicured nails. His smile seemed kind but sad. All sexy contradictions, this one.

He nodded as if she’d said something aloud, which she most certainly hadn’t, and he bent down to attend to the package he’d taken off the carrier, pulling a knot loose and wiping his palms on his jeans.

“Are … are you—” She cleared her throat. Bloody hell, some first impression he was getting from Ms. Public Relations Manager Aspiring to Vice President.

“Sorry, I’m Declan. Obviously.” He straightened again to full height, and by now there was a definite hint of who is this crazy woman? lurking in his intelligent eyes. He rubbed his hand on his thigh. Then she felt her fingers clasped in a handshake.

“Well, it looks like no one comes to this entrance, so we got that one wrong. The rest of the lads are on the vehicle entrance.” He gestured with his mobile phone. “They say there’s a fair bit of traffic over there and they’ve already pissed off a few workers. I better get over there before they manage to do something stupid.”

Her gaze shot around, bounced off his bike, his scruffy training shoes, and landed on the bundle of leaflets beside his feet on the grass. They were emblazoned—and she could not believe she’d hadn’t noticed this until now—with the words “SHUT IT DOWN!” in stark lettering along with Communist-era cartoons of people dying horribly.

Oh for pity’s sake. An environmentalist! 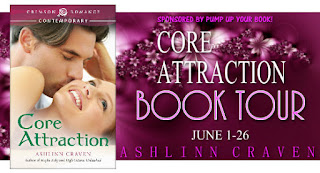