Guest Post: Necromancy in the Pretty When She Dies Trilogy 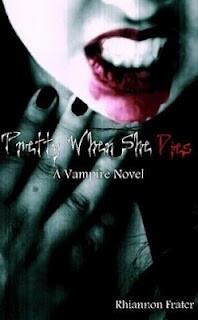 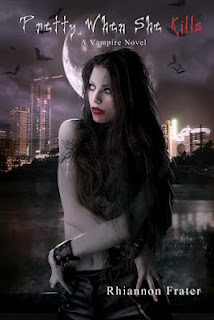 Necromancy in the Pretty When She Dies Trilogy

At some point while writing about established monsters, magical beings, and the whatnot, every writer faces a moment where they have to decide what legendary traits do, or do not work for their particular story. While writing PRETTY WHEN SHE DIES and the recently released sequel, PRETTY WHEN SHE KILLS, I had to decide not only the abilities and limitations of my vampires, but also what it meant to be a necromancer in that universe. I had already decided to adhere to a very traditional, old school vampire, so I decided my take on necromancers would take a decidedly modern turn.
Historically, necromancers resembled what we now consider to be a medium, but recent incarnations of necromancers have taken on a more threatening and ominous appearance. Instead of just being able to summon spirits to predict the future, in television shows, movies, and books, they’ve been imbued with the ability to raise the dead. Since this has become the established new canon for necromancers, I decided to embrace this new norm, but add a few twists.
In the first book, both The Summoner and Amaliya are vampires with necromantic powers, but they raise the dead through different means. The Summoner’s necromancy works differently from Amaliya, even though he created her, and it takes nearly the entire book for Amaliya to finally understand how to raise and control the dead.
They also have a decidedly different relationship with the dead.
The Summoner in the first book is cruel and likes to play games with the fledgling vampires he creates. He torments them, stalks them, and makes their lives into living hells. His cruelty extends to his victims and the dead. He can force a victim to hover on the edge of death and be his slave. He can also chop up dead bodies and make terrible constructs out of them. He regards the dead as his playthings.
Amaliya, meanwhile, slowly embraces her affinity with the dead and creates a much more compassionate relationship with the zombies she raises. Flickers of memories give her glimpses of the people the zombies once were and the lives they lived. Though she does raise the dead to help defend herself and those she loves, she actually does revere them and their service to her.
In PRETTY WHEN SHE KILLS another vampire necromancer comes into play. Again, her necromancy takes on a different form. Bianca Leduc’s much more in tune with the spirit world than Amaliya and The Summoner were in the previous book. She’s able to use the spirit realm to her advantage when reaching out to Amaliya’s grandmother, who is a medium, for help.
Innocente, Amaliya’s grandmother, and Samantha, Cian’s former fiancée, both take on a more traditional necromancer role in PRETTY WHEN SHE KILLS. Though it was formerly established that Innocente was a medium, Samantha ends up with some pretty intense side effects from drinking Amaliya’s blood in the first book. Of the two, Innocente is closer to the traditional necromancer in her capabilities. For Samantha, I had fun creating some new abilities that she has to explore and learn to use. I also created a new title for the type of magic she can wield.
Since vampires are undead and bringers of death, necromancy fits easily into their world. The necromancers definitely shake things up. I also enjoy writing about a different sort of zombie that is much more sympathetic than the flesh eaters in the AS THE WORLD DIES trilogy.
at September 12, 2012