The Lighthouse of Mr. Tinfish 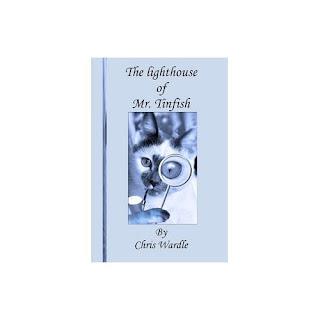 About The Lighthouse of Mr. Tinfish

Mr. Tinfish the penguin lives with his family in an old oil drum at the edge of the sea, which he likes to think of as his barrel-lighthouse. Unfortunately since the time of the people the climate has been subject to sudden changes and a rapid rise in sea level creates problems, not only for the barrel-lighthouse, but for all of the animals and birds who are part of the colony. Luckily Mr. Vinegar the Walrus enjoys feeling important during a good crisis, and enlists the help of Mr. Choli and Mr. Ginger, the cats.

Mr. Choli is the head detective of the colony, although his laziness usually gets the better of him as, being a cat, sleeping and eating roast fish are his main priorities. Luckily his companions, including Mrs. Cat-biscuit the goat, and his sidekick Mr. Ginger with his ever-rumbling tummy, are there to assist in his haphazard expeditions to help the colony whenever there is a problem.

The sea level is not the only environmental problem facing the colony, and an expedition party is dispatched to investigate the drying river, led by Mr. Choli, who after all has his own magnifying glass and pipe to help him appear more detective-ish. The exploits of the companions continue with secret tunnels and a sea voyage to Volcano Island. As the adventures unfold, it turns out that being the keeper of a barrel-lighthouse is quite a useful innovation for penguin.

This book was very interesting. All the animals band together to figure out what is going on to their home! This book is full of important topics about the environment and animals. I loved how Chris Wardle made learning about environmentalism easy to understand but didn't dumb it down for kids. I as a grown up still was interested. It didn't hold my son's, who is five, attention for very long, but what he did listen to he enjoyed. (I think it might have lacked enough pictures for him.)

All in all the book was fun. I enjoyed reading about the colony and all the animals that inhabited it. Mr. Tinfish is a cute character and made me smile often. I wished there could have been a few more pictures (for younger children) but that isn't that big of a deal. I'd definitely suggest The Lighthouse of Mr. Tinfish to kids who are interested in the planet and animals!