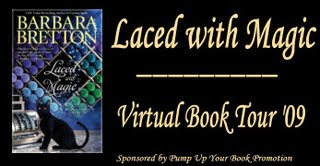 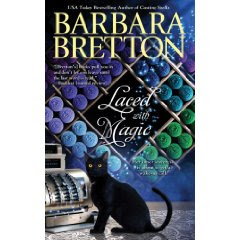 Barbara Bretton is the USA Today bestselling, award-winning author of more than 40 books. She currently has over ten million copies in print around the world. Her works have been translated into twelve languages in over twenty countries.

Barbara has been featured in articles in The New York Times, USA Today, Wall Street Journal, Romantic Times, Cleveland Plain Dealer, Herald News, Home News, Somerset Gazette,among others, and has been interviewed by Independent Network News Television, appeared on the Susan Stamberg Show on NPR, and been featured in an interview with Charles Osgood of WCBS, among others.

Her awards include both Reviewer's Choice and Career Achievement Awards from Romantic Times; Gold and Silver certificates from Affaire de Coeur; the RWA Region 1 Golden Leaf; and several sales awards from Bookrak. Ms. Bretton was included in a recent edition of Contemporary Authors.

Barbara loves to spend as much time as possible in Maine with her husband, walking the rocky beaches and dreaming up plots for upcoming books.

Knit shop owner and sorcerer's daughter Chloe Hobbs felt the Fates finally got it right when she met Luke MacKenzie. And no one could have convinced her otherwise—including the trolls, selkies, or spirits who also call Sugar Maple, Vermont, home. But then out of nowhere Luke's ex-wife suddenly shows up, claiming to see the spirit of their daughter, SteffieÂ—a daughter Chloe knows nothing about.

Steffie's spirit is being held hostage by a certain Fae leader. And if Chloe weaves a spell to free her spirit, her nemesis will also be free—free to destroy her yarn shop and all of Sugar Maple. But if she doesn't, Steffie won't be the only one spending eternity in hell. Chloe'll be joining her, cursed with a broken heart.

My Review:
Who would have thought that I would actually enjoy a book about the supernatural and....knitting, but I did! This book is the second in a series, but don't let that stop you from picking up Laced! I haven't had the pleasure of reading the first book, Casting Spells, but I was able to understand and follow the story line. I do recommend, just for helping the story flow a bit more easily, picking up the first one and reading them in order.

I loved the strange little town of Sugar Maple, and all of it's quirky inhabitants. They've got vampires, werewolves, fairies, and trolls...and a half human sorceress in training, who just so happens to be a genius knitter! They all live together in the town under a protection spell that keeps their supernatural secret safe.

Ms. Bretton has crafted a story that has enough to please anyone's tastes! Laced has romance, suspense, mystery, and heartbreak! I didn't think this would be my cup of tea but I was very wrong. I'm very delighted to be allowed to join in this blog tour! Thanks to Dorothy Thompson at Pump Up Your Book Promotion
for the opportunity!
at August 18, 2009