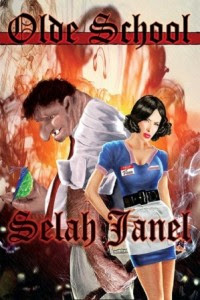 Kingdom City has moved into the modern era. Run by a lord mayor and city council (though still under the influence of the High King of The Land), it proudly embraces a blend of progress and tradition. Trolls, ogres, and other Folk walk the streets with humans, but are more likely to be entrepreneurs than cause trouble. Princesses still want to be rescued, but they now frequent online dating services to encourage lords, royals, and politicians to win their favor. The old stories are around, but everyone knows they’re just fodder for the next movie franchise. Everyone knows there’s no such thing as magic. It’s all old superstition and harmless tradition.

Bookish, timid, and more likely to carry a laptop than a weapon, Paddlelump Stonemonger is quickly coming to wish he’d never put a toll bridge over Crescent Ravine. While his success has brought him lots of gold, it’s also brought him unwanted attention from the Lord Mayor. Adding to his frustration, Padd’s oldest friends give him a hard time when his new maid seems inept at best and conniving at worst. When a shepherd warns Paddlelump of strange noises coming from Thadd Forest, he doesn’t think much of it. Unfortunately for him, the history of his land goes back further than anyone can imagine. Before long he’ll realize that he should have paid attention to the old tales and carried a club.

Darkness threatens to overwhelm not only Paddlelump, but the entire realm. With a little luck, a strange bird, a feisty waitress, and some sturdy friends, maybe, just maybe, Padd will survive to eat another meal at Trip Trap’s diner. It’s enough to make the troll want to crawl under his bridge, if he can manage to keep it out of the clutches of greedy politicians. 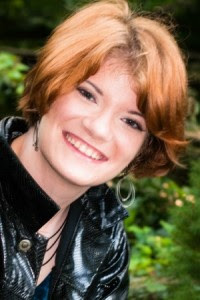 Selah Janel has been blessed with a giant imagination since she was little and convinced that fairies lived in the nearby state park or vampires hid in the abandoned barns outside of town. The many people around her that supported her love of reading and curiosity probably made it worse. Her e-books The Other Man, Holly and Ivy, and Mooner are published through Mocha Memoirs Press. Lost in the Shadows, a collection of short stories celebrating the edges of ideas and the spaces between genres was co-written with S.H. Roddey. Her work has also been included in The MacGuffin, The Realm Beyond, Stories for Children Magazine, The Big Bad: an Anthology of Evil, The Grotesquerie, and Thunder on the Battlefield. Olde School is the first book in her new series, The Kingdom City Chronicles, and is published through Seventh Star Press. She likes her music to rock, her vampires lethal, her fairies to play mind games, and her princesses to hold their own.

I thought the concept of this book sounded really interesting and unique. The merging of fantasy world and real world gave it quite a nice little enticing edge to it. I thought the characters were very well written and layered in such a way that really brought them to life.

This was not a light and fluffy tale. Yes there was humor and fun, but also a lot of darkness. I thought the characters teetered on the edge of that darkness very well. Definitely kept me plowing through and anxiously waiting to see where this wild ride went.

I really liked this strange tale.

Also, I laugh every time I see the name Paddlelump Stonemonger! I just can't help it!