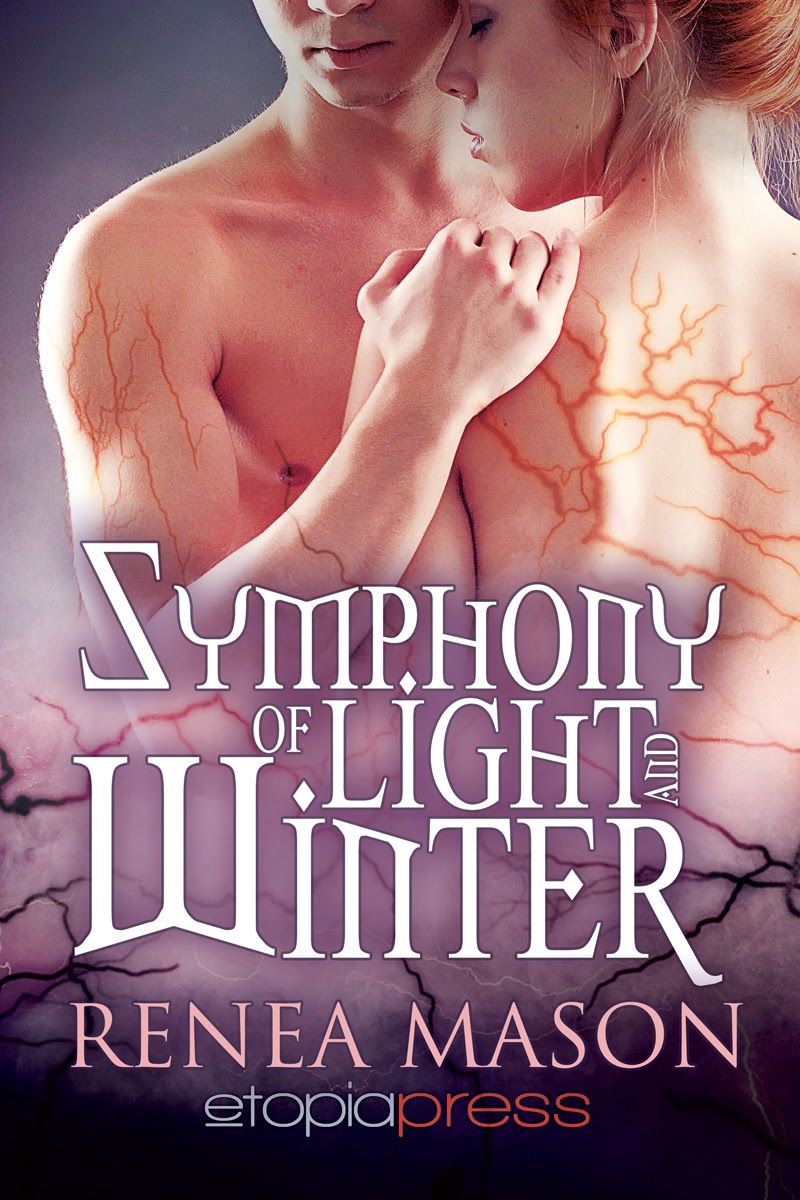 One woman. Seven men. All bound by one man’s undying devotion.
Fundraiser Linden Hill has a knack for reading people. She always knows which conversations will put a prospect at ease, which drink will loosen a patron’s lips—or his wallet, and how cleavage will make a donor sweeten the deal. She’s even foreseen her dateless weekends four hundred and sixty-four times in a row.
But ten years after watching life drain from her former mentor’s and first love’s eyes, her skills for divining the predictable are lost. When Cyril returns, he’s still gorgeous, but this time he’s beyond human, far less dead, and pissed. His lack of memory drives him to desperate acts, and his turbulent re-acquaintance with Linden pulls her into his war with a creature hell-bent on his destruction. His group of six supernatural men share a tantalizing secret, but despite the hunger, it’s love that leads her to sacrifice everything to save him…
Love Paranormal Romance?

My Review
Wow! Okay then! I am now officially a fan!  I'm not sure WHAT I expected, but it wasn't this. I expected a quick fun romp with a lighthearted, yet hot story. What I got was a very intricately woven story with so many layers, with interesting characters, awesome writing, and YES nice hot steamy love scenes!

Honestly, I can't tell you how fast/slow I read this book, since the moment I started reading all awareness of my surroundings (except for my need for food and potty breaks) was lost. It could have taken an hour or a few? I dunno. This book had me in a trance, and held me there until the last page. 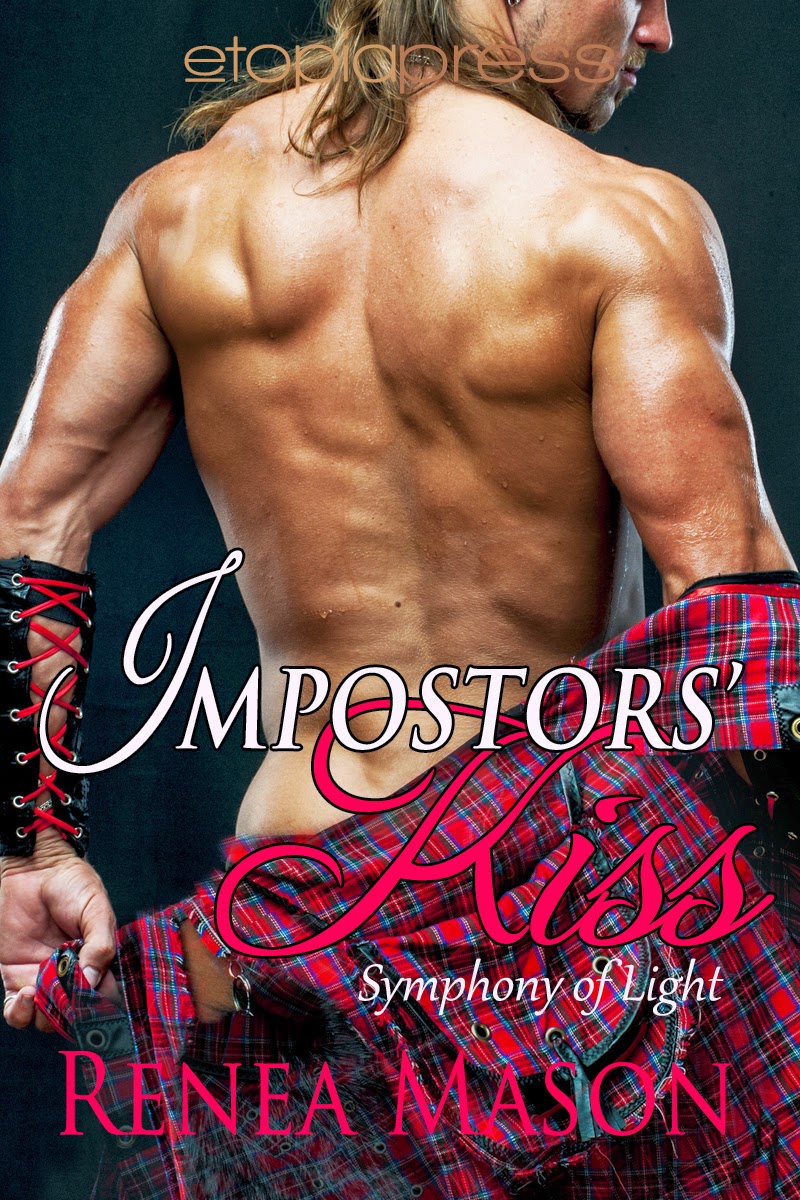 Cyril is weary from weeks of traveling the Scottish moors, but his luck takes a turn when he rescues a battered and broken child. To express his gratitude, the boy’s father offers Cyril a night of carnal indulgence with his eldest daughter. Cyril graciously accepts, looking forward to a night of sexual release to ease the loneliness of his travels.
But what the supernatural sex god and deliverer of souls doesn’t expect is to be taught a lesson in love from the young and beautiful Celestine.
In a night of passion, two lost spirits find solace in an impostor’s kiss: one longing for a love that doesn’t yet exist, the other drowning in pain and guilt over love lost. Neither is what they seem…but what they learn will change them forever…
Buy the book
Amazon Barnes and Noble Kobo Bookstrand Etopia Press AllRomanceEbooks
Coming Soon in 2014
Between the Waters – Symphony of Light Book Two
Curing Doctor Vincent – An Erotic Novella Trilogy 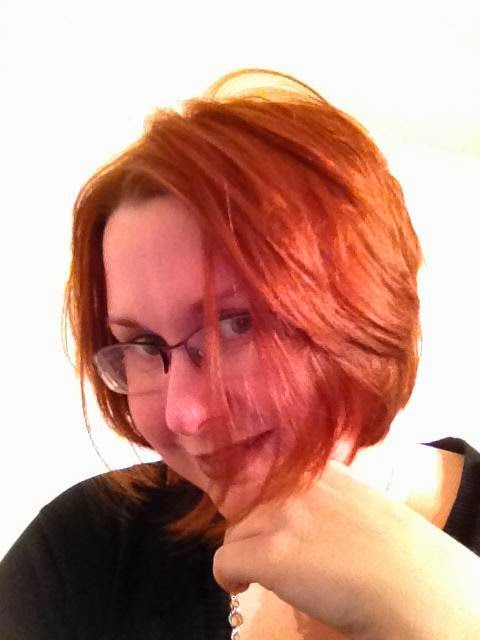 Author Bio:
Renea Mason writes steamy romances to help even out the estrogen to testosterone imbalance caused by living in a house full of men.
When she isn’t putting pen to paper crafting sensual stories filled with supernatural lovers, she spends time with her beyond-supportive husband, two wonderful sons and three loving but needy cats.
Her debut novel, Symphony of Light and Winter, finished second for Best New Paranormal Series of 2013 in Paranormal Cravings’ Battle of the Books and received a third place award for Best New Paranormal Romance of 2013 in The Paranormal Romance Guild’s Reviewers Choice Awards.
Renea is a member of Romance Writers of America, The Paranormal Romance Guild and The Fantasy, Futuristic and Paranormal subchapter of the Romance Writers of America.
She is also a founding member of Coffee Talk Writers and the Coffee Talk website–a site designed to support established writers and foster new talent.

Impostors’ Kiss – PG Excerpt
“Who is she?”
This was not a question I expected. Even though I was comfortable being nude, most humans were not. I saw in her mind what horrors men had bestowed upon her. The massive erection I sported should have frightened her, but with each quick glance I made in her direction, I saw she stood firm and resolute, while twirling the blindfold between her fingers.
“Who?” Not the time to speak riddles.
“The woman for whom that kiss was intended.”
“Oh.” I brushed my hands through my hair. The long, black strands fell one by one back into place. I sighed. “She’s my love. My light. But she is out of reach.”
“I have a confession.” 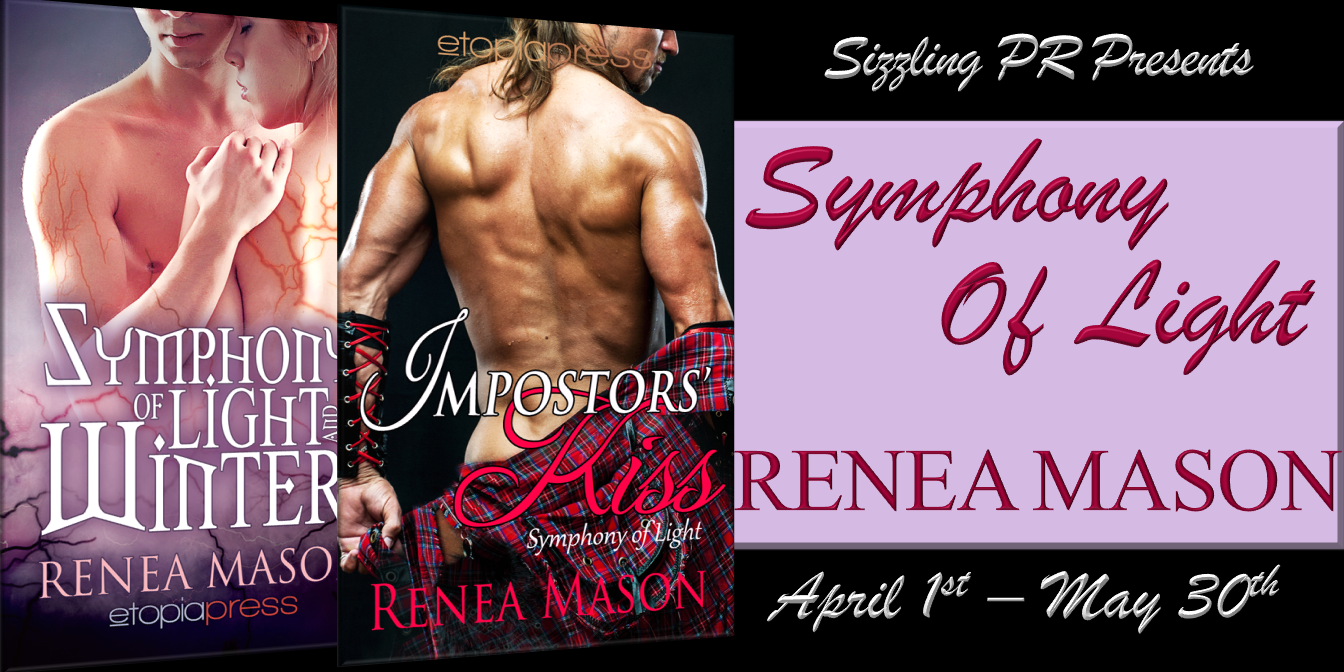