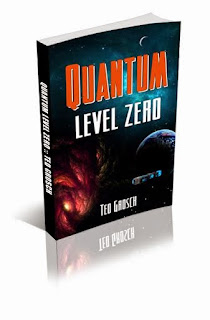 Winston Churchill stated that history is written by the victors. Germany terrorized Britain's civilian population with V1 and V2 rockets. The Nazi historians would have a legitimate rational for that had they won the war. Quantum Level Zero takes place in a dystopian society of the near future Earth, where fanatics are about to win the war on terror for the good for the people and the good of society.

Their leader, Matteen Al-Rama has outgrown his fanatical roots. Once an ambassador and secretary General of the United Nations, he now leads a fundamentalist revolution that uses cloud computing, holographic CGI recruitment rallies, computer worms, rootkits and Trojans, advanced communications, and cybernetic enhancements to spread apocalyptic chaos across the globe. If that weren't enough, rumor of an alien race wanting to begin diplomatic relations with Earth threatens to solidify Al-Rama's global stranglehold.

Quantum Level Zero follows three people at the pivot point in the war on terror, one who has knowledge, one who has great need, and one who has the courage to make a difference. Elijah Baraki is a scientist and former official of Al-Rama's revolution. Eight years ago he lost his wife and three children in a suicide bombing meant to show the world that nobody leaves Al-Rama's organization. Since that bombing, Eli has concentrated on research and radial technology with the intention to wage war on the revolutionaries. In a world where reasonable people become dissidents, Eli is joined by two-hundred other scientists, engineers and soldiers, all of whom have their own reasons to leave their former lives and battle the growing chaos.

Trevor Hadley sabotaged his own laboratory to prevent the authorities from confiscating his zero-point energy research. Now wanted as a terrorist, Trevor has been working on Eli's secret project for the past few years as a lab assistant. Eli sends him to reconnoiter an Al-Rama outpost and is almost killed. He teams up with his brother, Eli's former boss, and Sharon Murphy, a former army helicopter pilot also on the run, in a race to report back to Eli and join the fight to free Earth.

Forces of reason have the edge in the war, but will that remain the case if First Contact goes to the revolutionaries? Quantum Level Zero opens as the world awaits the arrival of Al-Rama's latest ally, an advanced alien race offering anti-gravity, zero-point energy, and faster-than-light travel. Al-Rama won't be satisfied with anything less than world domination. Eli won't be satisfied with anything less than total destruction of Al-Rama's empire.

Quantum Level Zero was a pretty intense read. I will admit it took me just a tad bit to get thoroughly into the story, but once I did I honestly could not stop. This isn't the typical scifi read. I really am not a huge fan of the genre, BUT when I read the synopsis, I felt this one had some awesome potential. I was right! This book had a "flow" (I can't seem to put it into words properly) that made it stand out and kept the story moving in a great way.

This is a fun and intriguing new entry to this genre. 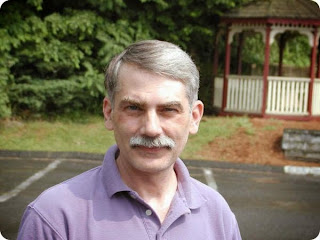 Ted Grosch is an American science fiction the author of the novel Quantum Level Zero and other published short stories. Ted has a Ph.D. and teaches electrical engineering. He has published over 25 works of fiction and non-fiction. He lives in Georgia where he works with wood and trains dogs.
For More Information
at May 20, 2015