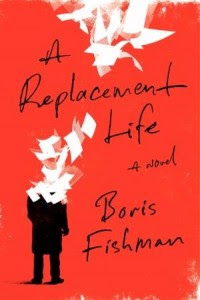 A singularly talented writer makes his literary debut with this provocative, soulful, and sometimes hilarious story of a failed journalist asked to do the unthinkable: forge Holocaust-restitution claims for old Russian Jews in Brooklyn, New York.

Yevgeny Gelman, grandfather of Slava Gelman, ”didn’t suffer in the exact way” he needs to have suffered to qualify for the reparations the German government has been paying out to Holocaust survivors. But suffer he has—as a Jew in the war, as a second-class citizen in the USSR, as an immigrant in America. So? Isn’t his grandson a ”writer”?

High-minded Slava wants to put all this immigrant-scraping behind him. Only the American dream is not panning out for him: Century, the legendary magazine where he works as a researcher, wants nothing greater from him. Slava wants to be a correct, blameless American—but he wants to be a lionized writer even more.

Slava’s turn as the Forger of South Brooklyn teaches him that not every fact is a truth and not every lie a falsehood. It takes more than law-abiding to become an American; it takes the same self-reinvention at which his people excel. Intoxicated and unmoored by his inventions, Slava risks exposure. Cornered, he commits an irrevocable act that finally grants him a sense of home in America—but not before collecting a lasting price from his family.

A Replacement Life is a dark, moving, and beautifully written novel about family, honor, and justice.

I will start off by saying that this review won't be awesome. I am not exactly sure how to explain why I can't be totally in love with this story. The writing is NOT the issue. Boris Fishman can certainly write a solid book. I just may not be the right audience for it? I just could not "click" with the story.


I don't like giving up on books, so I give them 50 to 100 pages to grab my attention or I put it down (and this is only when I am pressed for time.) In this case, because of the obligation to TLC Book Tours..I finished the book. While I didn't click with the story itself, I have to say that there is something really darkly charming about the way that Fishman writes. I did enjoy the sorta twisted humor I spotted throughout the book.

In the end, I had a lukewarm impression of this book. I might try and pick it up again at a later date, but for now I can only say this..
I enjoyed Boris Fishman's writing. I just did not enjoy this story. 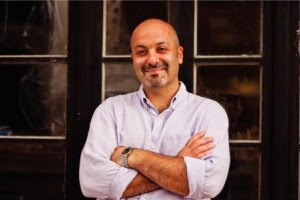 About Boris Fishman
Boris Fishman was born in Belarus and immigrated to the United States at the age of nine. He is the editor of Wild East: Stories from the Last Frontier, and his work has appeared in the New Yorker, the New York Times Magazine, the New Republic, the Wall Street Journal, the London Review of Books, and other publications. He lives in New York City. A Replacement Life is his first novel.