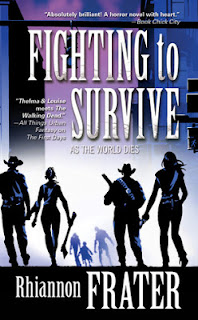 The fort has grown crowded as survivors of the zombie apocalypse have found safety between its walls.  Winter is coming; soon it will be too cold to live in tents and other makeshift shelters.  The leaders of the survivors—Katie, Jenni, Juan, Travis, and Nerit—decide it’s time for an assault on the zombie-occupied hotel that looms over the town square.

A pitched battle in the banquet room is the start of a harrowing, room-by-room struggle from Reception to roof.  As the sun sets, the people of Ashley Oaks gather in the hotel’s rooftop ballroom and gazebo to celebrate their survival.  Gazing out over the beauty of the surrounding Texas countryside, it’s hard to believe that death and danger lurk around every corner.

The fort’s search and rescue teams have attracted unwanted attention from bandits who see the fort as competition for food . . . and as a ready source of women.  The first attacks are minor, but everyone knows there is worse to come.

And beyond the fort’s walls, the zombies shamble, moaning, eyes fastened hungrily upon the living. 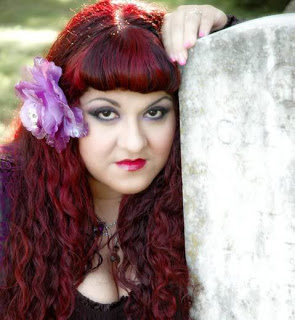 Rhiannon Frater
Rhiannon Frater is the award-winning author of the As the World Dies trilogy (The First Days, Fighting to Survive, Siege,) and the author of three other books: the vampire novels Pretty When She Dies and The Tale of the Vampire Bride and the young-adult zombie novel The Living Dead Boy and the Zombie Hunters. Inspired to independently produce her work from the urging of her fans, she published The First Days in late 2008 and quickly gathered a cult following. She won the Dead Letter Award back-to-back for both The First Days and Fighting to Survive, the former of which the Harrisburg Book Examiner called ‘one of the best zombie books of the decade.’ Rhiannon is currently represented by Hannah Gordon of the Foundry + Literary Media agency. You may contact her by sending an email to rhiannonfrater@gmail.com.
Author Links:
Website: http://www.rhiannonfrater.com
Goodreads: http://www.goodreads.com/author/show/2310121.Rhiannon_Frater
Facebook: https://www.facebook.com/rhiannon.frater
Twitter: https://twitter.com/rhiannonfrater