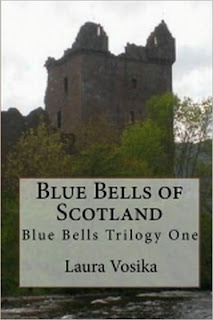 About the Books:
Shawn Kleiner has it all: money, fame, a skyrocketing career as an international musical phenomenon, his beautiful girlfriend Amy, and all the women he wants—until the night Amy has enough and leaves him stranded in a Scottish castle tower.

He wakes up to find himself mistaken for Niall Campbell, medieval Highland warrior. Soon after, he is sent shimmying down a wind-torn castle wall into a dangerous cross country trek with Niall’s tempting, but knife-wielding fiancee. They are pursued by English soldiers and a Scottish traitor who want Niall dead.

Thrown forward in time, Niall learns history’s horrifying account of his own death, and of the Scots’ slaughter at Bannockburn. Undaunted, he navigates the roiled waters of Shawn’s life—pregnant girlfriend, amorous fans, enemies, and gambling debts—seeking a way to leap back across time to save his people, especially his beloved Allene. His growing fondness for Shawn’s life brings him face to face with his own weakness and teaches him the true meaning of faith.

Blue Bells of Scotland is both a historical adventure and a tale of redemption that will be remembered long after the last page has been turned. 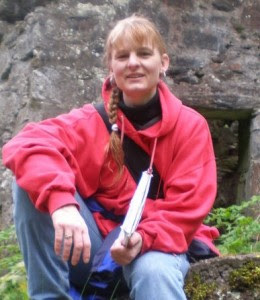 Laura Vosika grew up in the military, visiting castles in England, pig fests in Germany, and the historic sites of America’s east coast.

She earned a degree in music, and worked for many years as a freelance musician, music teacher, band director, and instructor in private music lessons on harp, piano, winds, and brass.

Laura is the mother of 7 boys and 2 girls, and lives in Minnesota.

I was NOT expecting to enjoy this book as much as I did. I honestly just thought that it would be a nifty little story and that's that. I would read it, finish it, and be completely underwhelmed. I'm not really sure why I had that notion, but I was wrong! Really, I loved this story! The characters grew on me as I read. I loved the way that Laura Vosika used time travel theme, but didn't make it at all seem cheesy. I am not a fan of the Outlander series. I have to mention it because there are some similarities, but from my point of view I enjoyed this one better. I couldn't get into the Outlander books, but I completely and utterly devoured Blue Bells!

The book was very nicely written, very strong storyline and again awesome characters. I loved how they developed as the story went along. The ending is sad and I have no idea how the story will go! I have to say that if I were to rate this book I'd give it a solid B! Lovely story and very
good writing! I'll say it again..I ate this book up and loved it! 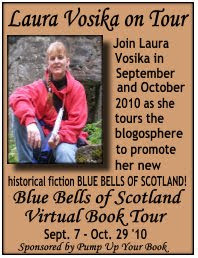