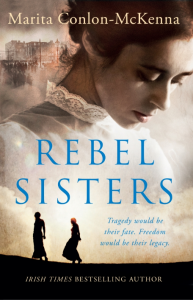 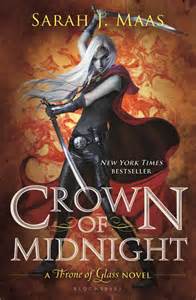 Day 1 Stats:
44 Pages
Notes: Spent the day cleaning (my house was wrecked!) napping, and having to have a stern parent conversation with my son about his school work.

Day 2 Stats:
I do not know how many pages I have read. I have been a bad readathoner and forgot to mark my place! Boo on me! 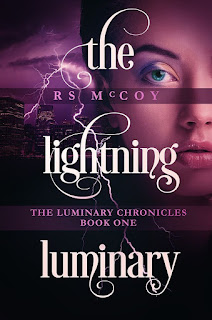 The Lightning Luminary
by R.S. McCoy

Talia Stanley may look like the typical wealthy New Yorker, but she's hidden her secrets for more than a thousand years. One of the last surviving members of an ancient race called Luminaries, Talia has suppressed her ability to control lightning in exchange for safety.

And for generations it worked. Talia's hermit lifestyle protected her from strong Luminaries that want her power. All that changed the day Mason Rathbone walked into her life.

A good-looking artist, Mason is just the guy to get Talia out of her penthouse apartment and show her what it means to live again. But just as she starts to get comfortable, Talia gets sucked right back into her vicious past.

A new paranormal romance novel by RS McCoy, author of the Sparks Saga.

This was a fun read. I liked the concept of The Luminaries, and I really liked Talia as a character. I thought the writing was pretty strong and the characters definitely were well developed and interesting.

With that mentioned, I didn't feel completely pulled into the story. While there is nothing technically wrong with the book or the characters, I just wasn't engrossed as I would have liked. I can't find anything particularly wrong with the book or the story to put my finger on the problem, so it may just be my mood. (I've been pretty fickle with my reads lately!) I can't fault the writer on that at all.

I would recommend this one. I may pick it up later and give it a re-read to see if it catches me fully then. If I do, I'll adjust my review. 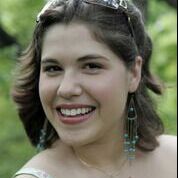 Rachel McCoy is a Texan living in New Jersey. Between binge watching MTV reality shows and baking gluten free treats, she writes paranormal fantasy and science fiction novels. She is the self-published author of the Sparks Saga trilogy as well as numerous short stories, some of which now reside in anthologies. Back when she lived in the real world, Rachel earned a degree in marine biology, which contributed to her die-hard love of manta rays.

To connect with RS McCoy (or swap recipes), visit her on her website (www.rsmccoyauthor.com) or check out her Facebook page (https://www.facebook.com/AuthorRSMcCoy). You can also join her newsletter to receive release updates, free stories, and bonus extras (http://eepurl.com/YItp1)