Blog Tour: Meet Me In Barcelona by Mary Carter 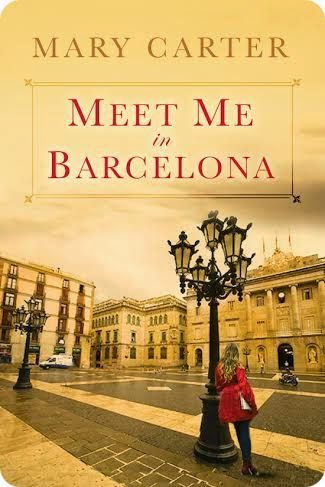 A surprise trip to Barcelona with her boyfriend, Jake, seems like the perfect antidote to Grace Sawyer's current woes. The city is dazzling and unpredictable, but the biggest surprise for Grace is discovering who arranged and paid for the vacation.

Carrie Ann wasn't just Grace's foster sister. Clever, pretty, and mercurial, she was her best friend—until everything went terribly wrong. Now, as she flees an abusive marriage, Carrie Ann has turned to the one person she hopes will come through for her. Despite her initial misgivings, Grace wants to help. But then Carrie Ann and Jake both go missing. Stunned and confused, Grace begins to realize how much of herself she's kept from Jake—and how much of Carrie Ann she never understood. Soon Grace is baited into following a trail of scant clues across Spain, determined to find the truth, even if she must revisit her troubled past to do it.

Mary Carter's intriguing novel delves into the complexities of childhood bonds, the corrosive weight of guilt and blame, and all the ways we try—and often fail—to truly know the ones we love.

This was a very nice surprise! I did not expect this book to be so .. grabey (I couldn't think of another word!) ! I felt pulled in almost instantly, and didn't want to put the novel down for one second! The story flows pretty swiftly and doesn't lag.


I enjoyed the mix of genres in this one. There's family drama, mystery, a bit of a thriller edge to it as well. It certainly felt like a unique read. The characters were all really developed and unique too. I didn't feel like I quite knew what to expect by anyone! That element of surprise really got me and kept me hooked.

Meet Me in Barcelona is definitely a unique story and a fun read!

Mary Carter is giving away 3 books including My Sister's Voice, Three Months in Venice and Sunnyside Blues! 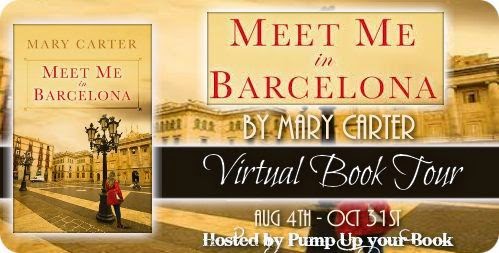