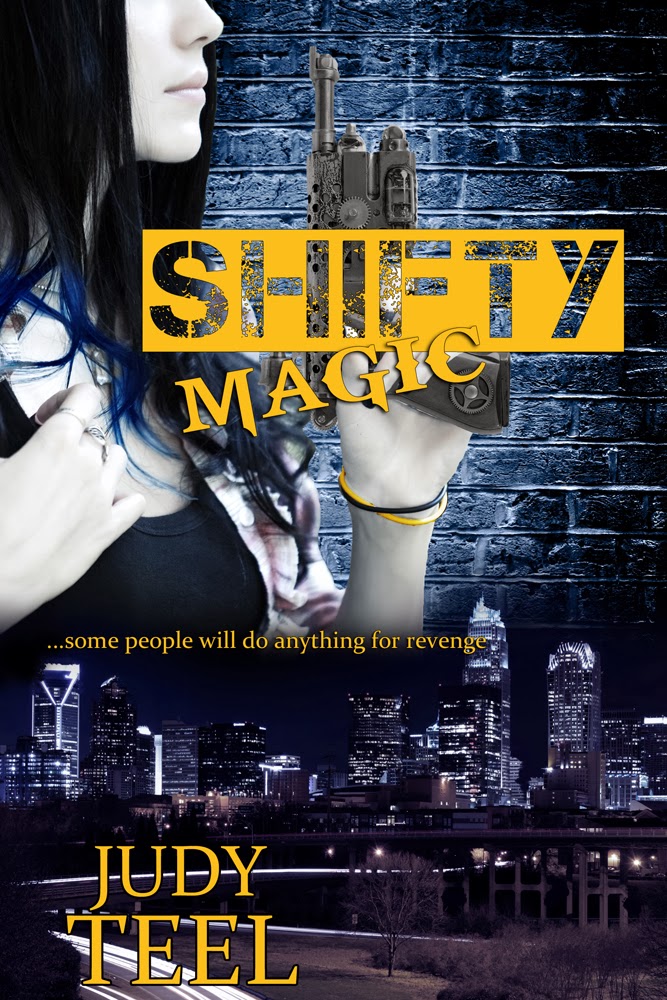 Blurb:
...some people will do anything for revenge.

A tough PI struggles to track down a vengeful serial killer only to discover that the murderer holds the key to her secret magical heritage.

Book One in the YA13 paranormal/mystery series Dangerous Magic by Judy Teel. "Expect action, on-the-edge-of-your-seat suspense, and the perfect touch of romance."

Resting my right hand on my gun, I poked the yellow button of my office door’s remote with my left index finger. My muscles tightened for action as the thick metal barrier swung ponderously open with a long-suffering hiss of hydraulics.

Cooper’s curious gaze swept over me and around the room. Wizard’s attention swept over Cooper. When the two of them locked eyes, the Were tensed and the cat started purring. Wizard rose to her feet and arched her back in a luxurious stretch, her focused attention never leaving the Were.

He was dressed for work, which in the FBI world meant black slacks and shoes, crisp white dress shirt, black jacket and a tie. The tie was bright yellow with a picture of Bugs Bunny on it.

He narrowed his luminous silver-green gaze on my cat, and then landed it back on me. “You should check your video readout before opening the door,” he said with that kind of authoritative sternness that inspired people like me to do the opposite.

I frowned at him. “What do you want?”

“To hire you. But first I need your alibi.”

“It’s too early for alibis,” I said, taking a sip of coffee to cover my surprise. As far as I knew, I hadn’t done anything obviously illegal. At least, not lately.

He glided into my office in that graceful, menacing way Weres had, and I buzzed the door closed. Despite looking barely old enough to buy a beer, Cooper radiated energy and purpose like the sun did heat. As the door clicked shut, he filled the space making the bread-box size of my office feel more like a matchbox.

His expression sobered as he eased himself gingerly onto one of the spindly folding chairs. “Where were you last night between the hours of eleven and one?” 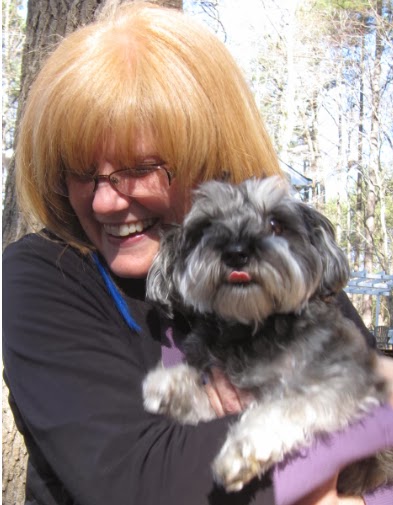 I live in North Carolina with my boisterous family–husband, three kids, a dog and a geriatric bunny–and yup, I’m Southern so occasionally I let a “y’all” slip out. Maybe more than occasionally.

I love my job and dedicate as much of my time to writing as I can. When I’m not doing the weaving of the adventurous and romantic tales, I’m running errands, driving people around (or crazy depending on your perspective), and generally pretending I’m a grownup.

When I was fifteen, I knew I wanted to be a novelist–wanted to write for Harlequin actually. But the calling to tell stories came a lot earlier than that, I just didn’t know what it meant.

I had a lot of growing up to do before I could manage it, though many would claim the growing up part didn’t take--you know who you are--but I finally have my dream job.

Life rocks—so should the books you read!

Quick, fun, and sassy read that will entertain you. I really liked the main character. Addison is not a ground breaking character, but she is VERY fun! I have always had a soft spot for sarcastic female characters, so she's definitely "my type."

Cooper was just enough of a bad boy and just enough of a temptation to keep things spicy. Addison and Cooper certainly sparked on the page, and that was another interesting plus about this book. The chemistry between them was kind of familiar, but it's familiar for a reason. It's a good familiar.

The plot is pretty tightly written. Again, this isn't ground breaking, but I gobbled it up and enjoyed myself. Not a single, solitary dull moment of hum drum. Just excellent storytelling and a fun time reading.

I will definitely read the second book in this series when I can get my hands on it! I can't wait to see what else happens in Addison's world! 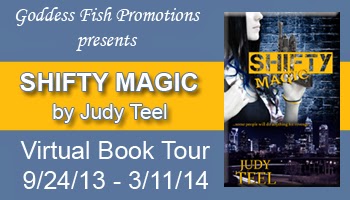